The Fruitport competitive cheer team turned in its best performance of the season on Tuesday, but still finished fourth against a field of very strong opponents at the East Kentwood Invitational.

The Trojans’ overall score of 698.62 was also their best of the season so far. 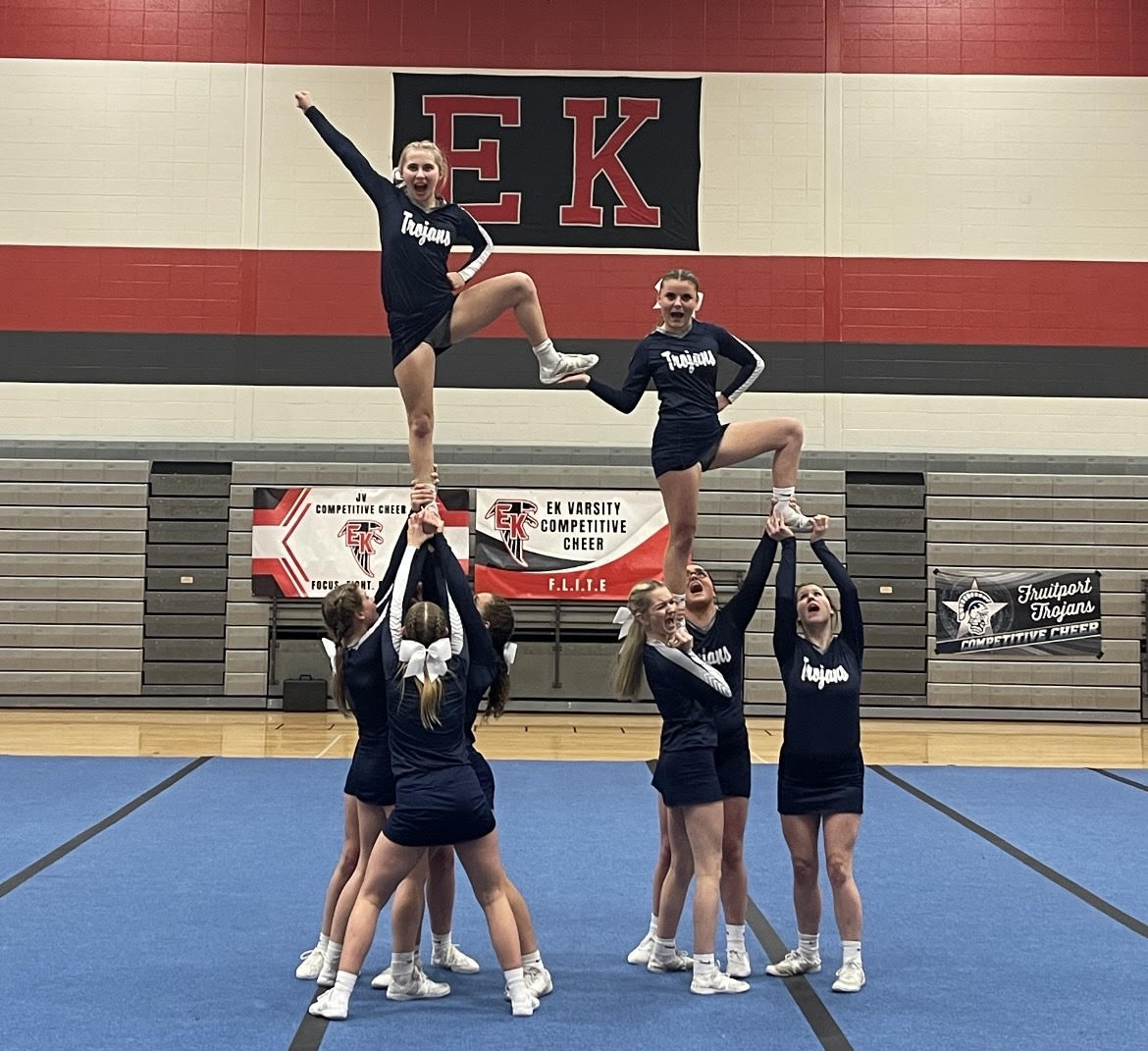 “This team pushed to do its best and truly put the work in, and the scores really showed that!” said Fruitport coach Saqora Conklin.

Conkin saluted team members Zoey Beatty and Brynleigh Tenhove for learning to play different roles this week and helping the team in the process.

“They are always up for a challenge and ready to fight for the spot they want,” the coach said.